Showing posts from 2009
Show all

December 29, 2009 Dear Jorge Parrott, This email is being sent so that you can consider Geert Wilders' speech and its content and become more aware of the atmosphere in Europe and the possible cost to America. As Christians we do not want to give way to fear or rash reaction, only to be alert and use our great, powerful, and spiritual weapons. These weapons include prayer, faith, a knowledge of our salvation and the word of God, and most importantly, knowing the Mighty Lord and God that we represent and serve. The Salvation of our 'enemies' is the best outcome. - The Oak Initiative ___________________________________________________________ America as the last man standing "In a generation or two, the US will ask itself: who lost Europe?" Here is the speech of Geert Wilders, chairman Party for Freedom, the Netherlands, at the Four Seasons, New York, introducing an Alliance of Patriots and announcing the Facing Jihad Conference in Jerusalem
Read more 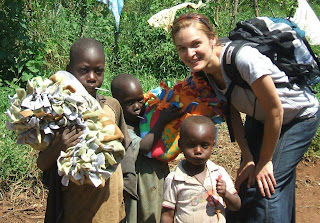 Dear Supporters, I am trying to send my newsletter again. This time I have sent it a different way.  I have attached the photos separately and I have sent them in the first e-mail.  In the second e-mail, I have attached only the text for the newsletter.  I am hoping that if you cannot open one you may be able to receive the other.  Please let me know if you are still having trouble.  Thanks.  Sorry about all the inconvenience.  I really wanted you to be able to see and read this information if you wish, especially because of it being the end of the year.  May God richly bless you. Faithfully Surrendered to Christ, Alissa Cooper Sande  To invest in this Kingdom work, mail your gift to CMM PO 7705 Charlotte, NC 28241 designate for Uganda orphanage.
Read more 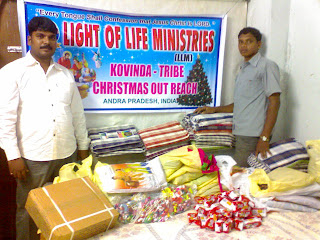 Prayer Alert!      ...Hi - Please join in prayer right now for the Hmong people. Spent time this fall with the Hmong Hilltribes and heard many horror stories of their status with Laos. Many fear for their lives in Laos, though they have a heart toward that country and the people there. There has been no freedom there for them... a long history... Thanks for praying - EW (CMM Missionary) Thai troops raid camp, deport 4,000 Hmong to Laos   Play Video   Reuters   – Thailand repatriates Hmong   AFP – Ethnic Hmong refugees sit inside a police truck during an operation to deport thousands of Hmong from … By JERRY HARMER, Associated Press Writer  Jerry Harmer, Associated Press Writer   –  Mon Dec 28, 7:13 am ET PHETCHABUN, Thailand –  Thailand  sent army troops with shields and batons to evict more than 4,000 ethnic  Hmong  asylum-seekers Monday and send them back to Laos despite strong objections from the U.S. and rights groups who fear they will face persecution. Under tight securit
Read more

Christmas Greeting from CMM and Jorge and Anna Marie Parrott

Merry Christmas, Anna Marie and I share a video greeting with you and yours.  We love you and bless you in Jesus' name. Here is the link to the video: http://bit.ly/ChristmasGreeting May 2010 be your best year ever. Blessings, Jorge Parrott
Read more

By CMM.World CMMTheology.org - December 23, 2009
By Joel Killion Well, after many years of hard work and many of months of laborious editing, "Jesus, Unleashed" is finally finished. Many of you have asked about it at various times over these last few years and I appreciate your patience. The official webpage for this free book can be accessed by clicking here .   I hope you enjoy it and get as much out of it as I have. Perhaps , one day I will publish it in hard-copy, but, for now, I wanted to make it available to you for free . Pleas e let me know what you think. Perhaps your feedback will make it even better.   We love you all. God bless you & Merry Christmas .   The Killion Family   (Note: This is not spam but has been sent out once to everyone in my address book to announce this new release . This will not be repeated. If it is, by accident, we apologize. Blessings )
Read more

cmmarmy@gmail.com has shared something with you

By CMM.World CMMTheology.org - December 21, 2009
http://prayerandaction.com/?p=6286 --- This message was sent by cmmarmy@gmail.com via http://addthis.com . Please note that AddThis does not verify email addresses. Make sharing easier with the AddThis Toolbar: http://www.addthis.com/go/toolbar-em
Read more

Hindus and Muslims coming to Jesus! Now leaving to jungle mission by faith...

By CMM.World CMMTheology.org - December 17, 2009
Dr. Jorge,     God is so good and amazing in our first outreach. We are very much rejoinging in the Lord to share with you that our first outreach was very much sucessful. We could preach the purpose of Jesus' birthday on this earth. Many taxi drivers, poor lepers,widows,AIDS people and politicians attended to this Christmas outreach.    It is your prayer and support that enabled us to share the gospel to more than 350 people yesturday at small town called 'Tadepalligudem.'      Two taxi-drivers gave their lives to Jesus. Praise God.    One political leader namely "Someswara Rao" has given his life to Jesus. He is very much interested to know about Jesus. Our Orphanage boys could present very nice gospel dance in front of all the Hindu people.    Praise God for such a wonderful mission we could have in spite of many financial struggles. Our enemy has been ashamed to see this first Outreach. Praise God.    Of course, we have to pay some bills for sound sys
Read more

URGENT: The Healthcare Bill: The Call To Conscience with Lou Engle, Tony Perkins, and others

By CMM.World CMMTheology.org - December 12, 2009
Greetings, News from AP state in India, where we have four ministries we work with: Pastor Samuel, with OSJ, John Ebenezer, with MFM and CMM, and Jai Malipudi, CMM,  and one other. Pray for AP state. 2-3 teams from Vision for Israel, MorningStar, and CMM will be visiting AP in February from Charlotte, Wilkesboro, NC area and Maine. First, see an article from the web about proposed split of AP state into two states. Second, is an email from Jai Mallipudi, a CMM missionary.  Jai's wife, Yori, went to school at Wade Taylor's. Decision to create new Indian state sparks protest By NIRMALA GEORGE (AP) – 21 hours ago NEW DELHI — Protesters took to the streets Friday, setting public buses on fire and clashing with police, in anger over India's decision to carve a new state out of the southern region of Andhra Pradesh. The conflict highlighted the tensions that underlie the vast array of ethnic and linguistic groups bound together in the massive Indian nation. The country has al
Read more

By CMM.World CMMTheology.org - December 09, 2009
CMM (Christ's Mandate for Missions) With Blissful Joy is honored to announce: Drinking the Wine of Heaven with John Scotland Held Over One More Night In June of 2009, the glory of the Lord appeared on John's hand, paint brush roller & a little boy's face as he was painting "visions and dreams"—a prophetic act in his meeting. ALL ARE INVITED TO COME TO ENJOY GOD'S PRESENCE Wednesday,   December 9 th at 7:00 p.m. Heritage International Ministries (MorningStar) The Little Theatre (Partners Lounge) 375 Starlight Drive, Fort Mill, SC 29715   "In 1996 I brought Heidi to a conference at Toronto Airport Christian Fellowship, and we encountered John Scotland, one of the speakers. Heidi had not yet visited TACF, and did not know what to expect. John was in the Spirit, happy, humorous, and made no pretense of impressing anyone with an artificially rigid presentation. By the power of the Spirit he was able not only to lift the hearts of eve
Read more 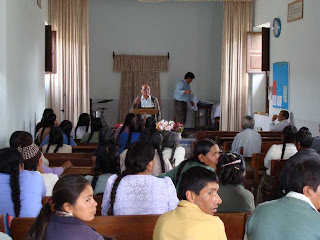 Cochabamba , December 2009   Dear co- workers on the Vineyard of the Lord:   May grace and peace of the Lord be upon each one of you. Let's praise the Lord together for his wonderful blessings, even with political difficulties and limited resources; God has been good to us, giving us the opportunity to spread his Word. In certain occasions doors were open like in the best times, and what we were lacking was time to reach all the places, even when we tried to be the minimal amount of time at home. On the same way the Lord is providing more opportunities for Jaime Jr. on conferences. We pray that God will use him as much as he used Gaby and me through these almost 39 years at his service; we believe that the time has come for Carola and Jaime Jr. to share a major part of the responsibilities in the ministry. Some of the places where we have been preaching are: Chapare, Aiquile, Palacios, Challapata, and of course in the city of Cochabamba and the small mission
Read more

December 02, 2009 Dear Jorge Parrott,      Now that Thanksgiving is over, that does not mean that we should stop thanking the Lord! Eternity will not be long enough to thank Him for all that He has done for us. What an awesome, wonderful God we serve! Because we are told in Ps.100 that we enter His gates with thanksgiving, being a thankful person is how we can enter His presence every day.     Let us thank Him that we live in a country where we can still openly worship Him. Even though this freedom is under increasing pressure today, this greatest of freedoms that has been a chief pillar in the building of America has weathered furious storms and to date still stands. This is because of people like you who have joined The Oak Initiative and other similar movements now arising in the land. To join something like the Oak you have to be an aware and proactive person, willing to get engaged in the important issues of the times. The Signers     The story of each of the signer
Read more
More posts