Showing posts from September, 2011
Show all

Guatemala: Jason and Angie Christman -breakthroughs in bringing Jesus to many!!

Wild monkeys attack one of our Indian orphan boys, then ge fell off of the terrace. 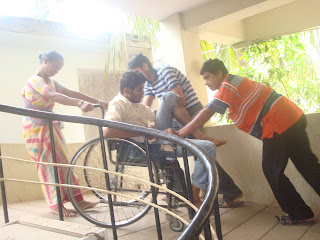 Dr.Jorge and mother Anna Marie,   We are very sad to inform you that one of the orphanage boys namely "Sundar Raju' fell off of the terrace due to wild monkeys attack.    Today morning he just went up to the terrace and handing his cloths. Suddenly band of wild monkeys attacked him. He jumped from the high terrace to the ground out of fear. He was totally collapsed. He did not talk nor move anywhere from the place where he fell down from top. Thank God nothing happened to his life. Immediately, we carried him to the hospital. We don't have any transportation even.    His left leg, both bones(big and small) are broken into pieces according to the X-ray. It is very bad and severe now. And also he is not able to sit nor stand. His back nerves are very much sprained.    The doctor said, his spinal cord is alright except some severe pain.   The doctor said now, Raju needs to go for a major surgery. Steel plates are to be fixed for tow bones. Now his l
Read more 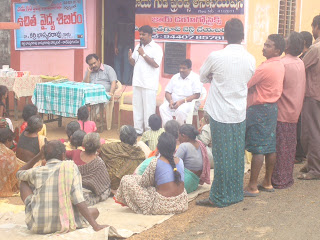 Dear friends,    Thank you so much for your prayers for  our Medical Camp today. God really used our LLM Medical Mobile Team to reach the idol worshipers-village called "Billagunta" in midst of many oppositions and challenges.   Today we could reach 200 poor and sick people with our Medical Mobile Team. And also we could feed some poor children in the village.   The people wanted attack us yesterday, they became good friends today with these social services. We could demonstrate the love of Jesus to these idol worshipers.   It is amazing to see many people heard the gospel of Jesus when I shared with them.    We invited some political leaders also to see what are we doing with the love of Jesus.   God really used us for the glory of the Lord in midst of challenges and no regular supporter for this medical project.   Please continue to pray and stand with us.      Once again thank you so much.                        in His field,
Read more
More posts