One of the greatest tragedies of our times is the many who are lured, then trapped in sexual slavery. Reports show there are more people in slavery worldwide than at any time in history. The CMM Global Family prays for and helps free slaves through our trusted, indigenous network of long-term fruitful friends/missionaries. This year with more nations in conflict amidst the lockdowns due to the pandemic we have freed more slaves than ever before in CMM’s history.

Please remember this healing process is a long road and we ask you to pray about sending monthly support for their healthcare, food, clothing, education and eventual vocational training so they may become self-sustaining. Pray and give a one time gift or monthly at http://cmm.world 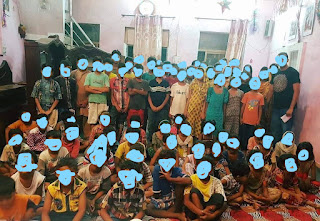 Thank you for your prayers and generosity in helping provide freedom, safety, hope, restoration, and renewal of hope to many women, men, and children who were freed from the terror of sex slavery. Many we have freed are teenagers sold in the sex trade. Imagine the horror at a young age or any age of being treated so viciously! Some do not survive but for those who do we pray and work diligently to see them healed of all trauma so they may fulfill all the Lord created them for.  Often, the Lord gives a special mantle for healing others to those who have suffered in one particular area of suffering in their own life to bring healing to others afflicted in a similar way.

CMM has gathered friends who are graduates of our CMM College of Theology to form a Trauma Triage Team to comfort and counsel these victims.  Freeing the slaves is only the beginning of the process of restoration leading to fullness in their lives.  Please remember this healing process is a long road and we ask you to pray about sending monthly support for their healthcare, food, clothing, education and eventual vocational training so they may become self-sustaining. Pray and give a one time gift or monthly at http://cmm.world

According to a September 2017 report from the International Labor Organization (ILO) and Walk Free Foundation:

The Number of Prosecutions of Human Traffickers is Alarmingly Low

Perhaps one answer lies in the success President Trump has had in fighting human trafficking compared to his predecessor, Barack Obama, as seen in the chart above. The first 18 months of the Trump presidency saw a 743 percent increase in arrests of traffickers over the first two years of Barack Obama's first term.

President Trump's commitment to fighting human trafficking is apparent in his "Presidential Proclamation on National Slavery and Human Trafficking Prevention Month, 2019." This also received the media's anti-Trump treatment. From the president:

Human trafficking is a modern form of slavery. It is not enough merely to denounce this horrific assault on human dignity; we must actively work to prevent and end this barbaric exploitation of innocent victims. During National Slavery and Human Trafficking Prevention Month, we pledge to continue the battle to abolish modern slavery and restore the lives of those affected by human trafficking.

War Time Prayers and Updates-The Fields Are White Unto Harvest!

War Time Prayers and Updates Pray for our CMM members globally helping our brethren in the US and abroad. Even in the midst of chaos and uncertainty the work of our Father, that is, to believe, strengthens our resolve and commitment to our Lord Jesus and the ultimate victory in His completed work on the Cross.  Thank you for your prayers and sharing this with your friends and family. CMM Friends around the world as friends of Jesus and sons of God together, working to show Jesus' love to all those needing comfort and hope, here in the USA and abroad. Two weeks ago one of my fruitful friends shared the account of a Muslim man near the border of Pakistan and Afghanistan seeing 'the man in white,' Jesus.  He surrendered His heart to our Messiah and is now offering a safe haven to as many fleeing Christians as his large tract of land can hold.  (please subscribe to this blog in the left margin to receive updates as they come out.  Click here to go to the new CMM Newsdesk websit
Read more

Waking Up by Robin McMillan LAUGHING JESUS Posted: 31 Jan 2010 05:46 PM PST I picked this rendering of Jesus because He is laughing. (I don't know who drew it and apologize for using it without permission.) Most historic religious imagery of the Lord shows Him serene, serious, ethereal, other worldly, in agony, or sad. I know that He was the suffering Savior but he was also 'anointed with the oil of joy above his companions' (Hebrews 1:8-9). People need to see a laughing, joyful, happy Jesus to round out their understanding of God! Jesus is the source of our joy and as King of the universe, is seated on a throne having been anointed with joy. "Your throne, O God, is forever and ever; A scepter of righteousness is the scepter of Your kingdom. You love righteousness and hate wickedness; Therefore God, Your God, has anointed You With the oil of gladness more than Your companions" (Psalms 45:6-7). In Acts 2:15-21 Peter defends th
Read more

An Offering That Pleases God 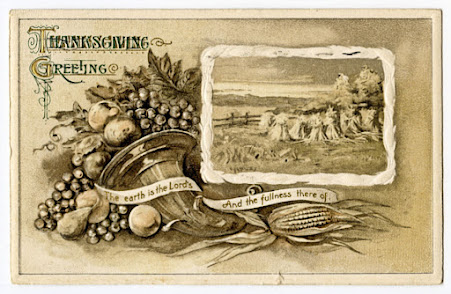 We are so blessed and have so much to be thankful for as we approach Thanksgiving and Christmas this year.   Yes, darkness and evil and persecution are increasing but we know the end of this story and we have our eternal hope by faith in Christ, in Whom our confident assurance rests in His rest, peace, and comfort is given by His Holy Spirit.  “ Enter into His gates with thanksgiving, And  into His courts with praise. Be thankful to Him and bless His name.  Psalm 100:4   I am writing to you today to ask you to join me in our family tradition of remembering the lost and hurting.  Each year, we take the amount we spend on our Thanksgiving dinner and give an equal amount to help those in need.   This is an offering that pleases God and demonstrates our thankfulness to Him.   With trusted and fruitful missionaries in 70 nations, the Great Commission is being fulfilled as many souls are being saved despite the enemy of our soul’s rampage. We ask you to pray for your favorite m
Read more